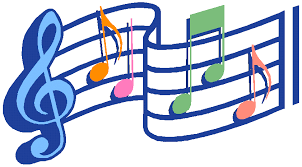 How Music Primes the Brain for Learning

Ten years ago, musician Angélica Durrell began teaching a small group of Connecticut high school students how to play different percussion instruments, including the charango and toyos—musical instruments native to Central and South America, where many of the students had recently immigrated from. They learned to play Pachelbel’s Canon and then moved on to master “Will You Love Me Tomorrow,” the sixties doo-wop hit by The Shirelles, singing the lyrics in both English and Spanish.

Within a few years, the after-school music program—aimed at Latino students, many of whom were struggling academically—became renowned in the school district, recast from a “nice-to-have” extracurricular into a strategic tool for addressing some of the district’s persistent challenges. Durrell’s students, teachers and school leaders noticed, were attending school more consistently, their English was improving, and they seemed increasingly comfortable making friends.

Today, Durrell’s non-profit program Intempo serves more than 3,000 students each year in Stamford and Norwalk schools, underscoring music’s profound impact on learning from both a cognitive and a social and emotional learning (SEL) vantage point. “We went from approaching it from a music perspective,” Durrell says, “to approaching it from an immigrant inclusion, language acquisition, and grade-level reading-acquisition perspective.”

Consistent exposure to music, like learning to play a musical instrument, or taking voice lessons, strengthens a particular set of academic and social-emotional skills that are essential to learning. In ways that are unmatched by other pursuits, like athletics for instance, learning music powerfully reinforces language skills, builds and improves reading ability, and strengthens memory and attention, according to the latest research on the cognitive neuroscience of music.

Experts are hoping this body of evidence might alter the current state of music education in schools—which is extremely uneven and, in some places, downright nonexistent. In a 2014 survey from Americans for the Arts, a nonprofit advocacy organization, teachers reported that 1.3 million elementary students didn’t have music classes in their schools, and nearly 4 million didn’t have a visual arts class. More recently, data from the 2016 National Assessment of Educational Progress showed improvements in some areas, though arts participation and access varied greatly by region. For example, while 68 percent of eighth-graders had music class in 2016, students in the Northeast were twice as likely to attend music class compared with students in the South and the West, where only one-third of students had access to music classes.

Now, following months of pandemic-related learning disruptions, organizations that track arts education like the federally-funded Arts Education Partnership say it’s difficult to even get a handle on who’s learning music at school.

THE COGNITIVE BENEFITS OF MUSIC

The key to understanding music’s advantages, researchers say, lies in how the brain processes sound, the raw material of music, language, and—perhaps counterintuitively—learning to read. The sounds that come in through our ears travel along an anatomically complex “auditory pathway” that’s deeply connected to parts of the brain that determine how humans move, how we think and speak, what we know, and what we pay attention to. “The hearing brain is vast,” explains neuroscientist Nina Kraus, author of the new book Of Sound Mind, in an interview with Edutopia. “People think of the hearing brain as being a silo within the brain. In fact, our hearing engages our cognitive, sensory, motor, and reward systems. That’s huge. From an evolutionary perspective, being able to make sense of sound is ancient and has engaged all these different perspectives.”

What makes music learning so powerful is how it engages all those different systems in a single activity. To play the violin, for example, a student needs to coordinate their motor, cognitive, and sensory systems to be able to put their fingers on the correct strings and move the bow at the right time; to read musical notes on a sheet of music and know what sounds they represent; and to hear if the pitches and rhythms are correct and coordinating with other players at the right time. Then there’s how the sound of music makes the student feel, which lights up the brain’s reward system. Engaging all these different systems makes learning how to play music one of the richest and deepest brain activities that humans perform. “Teachers resoundingly tell me that children who play music also do better in school,” Kraus writes. Young musicians also tend to have stronger language and reading skills than non-musicians because their brains have spent more time actively “engaging with sound.”

The type of instrument doesn’t matter: flute, violin, accordion, piano, voice—even abundant exposure to music can make an impact. “What is important is that engaging with sound changes and strengthens how the brain responds to sound,” Kraus says.

At Durban Avenue School in Sussex County, New Jersey, music teacher Shawna Longo calls out a particular rhythm, and then her kindergarteners play it on their Boomwhackers, tuned percussion tubes that come in different sizes and colors to symbolize different pitches. “Now only the red ones! Do ‘I like pepperoni pizza,’” she calls out, and the children play ta-ta-tee-tee-tee-tee-ta-ta. “They can only play when I hold up their color,” she says. “They have to learn when to wait, and when to play.”

The ability to keep a steady beat and anticipate the next beat, research has shown, are reliable indicators that a child is ready to learn to read. But keeping rhythm isn’t the only musical skill that paves the way for language development and reading, notes education researcher Anita Collins in her new book, The Music Advantage.

Learning to read music—decoding musical notation and connecting it to sounds—activates the same “phonological loop” in the brain as when kids learn to read words, deepening sound-word connections. Collins describes the process in her book:

• The eye sees a symbol on the page, whether it’s an eighth note D or a letter t at the start of a word

• The brain hears the sound, pulling it from the memory of music and speech sounds all brains possess

• The brain instructs the body to make that sound, whether it’s hands playing an instrument or the mouth shaped to make the t sound

• The brain listens to be sure the correct sound was made, and then makes adjustments

(From page 54 of The Music Advantage)

Processing sound strengthens the same areas of the brain that are responsible for learning language and learning to read—and while neuroscientists are still teasing out the how and the why, Collins writes that the latest research indicates that “music and reading may well be complementary learning activities,” with music functioning as a robust tool to improve language learning.

THE SOUND OF SOCIAL COHESION

When Covid-19 lockdowns first spread across the globe in March 2020, multiple videos showed people in Italy singing together from their balconies. At a time of extreme stress and isolation, Italians turned to music to connect with their neighbors.

Music and song are among the most basic ways humans have connected with one another for thousands of years. “Music lives in the oldest part of our brain,” Collins tells Edutopia. “Music and song are at least as old as language and the spoken word.”

In a landmark 2018 study, researchers from the University of Toronto found that an adult singing and moving to a musical beat with a one-year-old child in tow increased social cohesion: the child was more likely to help when the adult later “accidentally” dropped an item. The study has been replicated many times, Collins writes, and shows how music taps into a primal bond that may encourage prosocial behavior like empathy and helping—the very behaviors that adults want children to develop as they grow, and behaviors schools strive to teach using the tenets of social and emotional learning.

Like Italy’s balcony singers during lockdown, social singing and music-making might be especially helpful to students now, when loneliness, anxiety, and depression are skyrocketing among young people. But Green says that kids in school sing a lot less than they used to. We tend to think “that learning music is only to develop as a musician,” Collins remarks. “People don’t feel confident to sing anymore. The fear that sits under ‘I can’t sing, I’m not musical’ is incredibly deep. When I start singing with students, they often realize singing is just a practiced skill. All these things start happening. They feel this sense of euphoria.”

Facing limited budgets, increased academic expectations and testing, and a music teacher shortage, some schools and districts are increasingly looking to nonprofit organizations and community partners for help. Groups like Save the Music Foundation provide grants for schools to purchase student instruments and provide teacher training. The Harmony Project brings intensive music training and support to underserved students in the Los Angeles area. The Soulsville Charter School, a music-influenced middle and high school in Memphis, Tennessee, taps into the birthplace of American soul music and legendary Stax Records with the support of the Soulsville Foundation.

“You have to be willing to say, ‘We can’t do this alone,’” says Tamu Lucero, superintendent of Stamford Public Schools, where Durrell’s Intempo program is now a critical component of the district’s new-arrivals program. Even though Stamford schools already offered regular music programming, Lucero says, “we were willing to be open to the idea of how we could use an outside partner to enrich the learning environment for students.”

Researchers will continue to untangle some of the reasons behind why music learning is so beneficial to students—but know enough to conclude that listening to music or writing a song for a class project only begins to scratch the surface. To get maximal brain benefits, students should actively engage with music by learning to play an instrument or studying voice, preferably in a group setting. The evidence is strong enough to recommend music education as a discrete class for all kids—and across the grade levels—as a critically important investment.

Or as Nina Kraus states, “Music should be a part of every child’s education. Period.”